Despite common misconceptions and the decline of marriage as an institution there are a lot of protections afforded to married couples that simply do not exist for unmarried couples. Rules are constantly changing in respect of married couples and recently you may have noted the change of the law to create a “no fault” divorce meaning couples no longer have to assign “blame” to divorce before the end of a 2 year period, however, the Government has failed to make any changes for cohabitation.

The law is very different in regard to the rights of married couples and couples who are in cohabiting relationships, in particular when it comes to their financial matters. There are an increasing number of couples who are choosing to enter into long term relationships but choose not to get married. In long term cohabiting relationships, more often than not, there will be a substantial financial connection between the parties. It is often believed that cohabiting couples will have the same rights available to them as a married couple would have, upon a separation, but this is not the case.

If a married couple decide to separate, a divorce is the usual next step. In taking the step of starting a divorce, the parties financial matters are considered, with the aim of reaching a suitable agreement. The starting point would be for all assets, pensions, liabilities and all other relevant financial matters to be placed into a metaphorical pot and for an agreement to be reached as to how this should be divided. The way in which the pot is divided would be dependent on a number of factors, for example if there are children of the marriage, the discrepancy in the parties incomes and any significant disability one party may have. There is a general principle that the longer a couple have been married for, the closer they should be to an equal divide of all assets, regardless of the contributions made during the marriage.

If a cohabiting couple decide to separate, the rights available to each party differ significantly to the above. If one person stayed at home to look after any children of the relationship and the other party was the family income earner, there is no obligation for the income earner to financially support their ex-partner after they have separated. Furthermore, in such a scenario, there are no rights available for the stay at home parent to make a claim against their ex-partner’s pension. If a cohabiting couple live in a property which is in one person’s sole name, there is not an automatic assumption that a claim can be made against the property. In order to establish a claim, the person who is not named as a legal owner would need to establish a beneficial interest in the property by providing substantial evidence as to the contributions they have made. This can often be very difficult to establish.

There are ways in which cohabiting couples can protect any financial input in to a relationship, such as entering in to a cohabitation agreement which sets out joint intentions for finances and any separate property which needs to be protected, upon separation. It essentially can cover anything. A further way, if there is joint property, is to enter into a declaration of trust which sets out how the property is owned and in what shares. This is particularly useful if couples are putting in unequal amounts for the deposit for example. Finally, couples should make a will as cohabiting couples do not have an automatic right to inherit their partner’s share of the property or possessions. 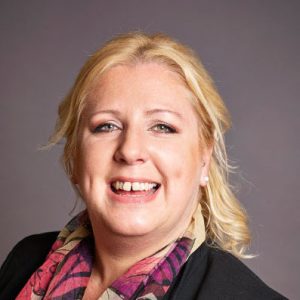 Rebecca joined Bates Wells and Braithwaite in February 2019. Rebecca initially qualified as a Legal Executive and later as a Solicitor. She has over fifteen years’ experience in a wide range of family disputes having previously trained and worked as a family solicitor in Bury St Edmunds.

Rebecca approved by the Law Society Family Law Accreditation Scheme and is a member of Resolution.

In her spare time, Rebecca enjoys horse-riding, walking and cooking with family and friends.